The Gaels won 3 out of there 4 games however they were unfortunate to.lose to a strong Mayobridge team. Finn McCaul, Caelan McEvoy Ross Farrell and Alex Patterson were terrific in the middle with the lively Conor, Adam & Makenzie causing defenses trouble of front.

Bosco Ogs were brilliant throughout the day. For most of these kids this was there first time playing in a blitz and they done really well. Aiobheann Gartland put in some great performances and is definitely gonna be like her older sister Kayla. The 3 P2s Kenzie Fitzpatrick Shea Byrne and Cahir Mccaul were excellent throughout and all 3 have big futures for the club. Reese havern and Samuel worked their socks of in midfield along with Blainta Katlon and Sean Guildea. The Ogs beat Burren in their first game which qualified them for the shield were they lost to a strong Tullylish team

Bosco u12’s A 3.10 Clonduff 1.18
Clonduff were excellent in the first half and took there scores while the Bosco missed chance after chance to go in 1.11 – 0.05 down at half time. After the break Bosco clicked into gear with cormac flanagan (2.02) josh madigan (1.06) Aaron Downey (0.02) doing the scoring for the Bosco. Johny OHanlon was outstanding in the middle of the park breaking up play and setting up many attacks. Jack Casey and caomhin were outstanding at the back with McDoosh pulling off 2 excellent saves.
With 5mins to go and the scores level momentum changed when Bosco were reduced to 10 which helped Clonduff seal the victory with 2 lates points to win by 2points.
Another excellent performance from the U12s showing great determination and a never say die attitude to come back from 9 points. Bosco had over 20 wides which was our main downfall but every kid today give everything they had.

Bosco came up against Top of the table Eire Og (Ballymartin/Glassdrumman) A tight first half saw defences come out on top. At half time Bosco went in 6points behind. Patrick Ruddy (1.01) and Darragh McParland made their debut for the club an were outstanding and have big futures ahead. Dara og (1.02) and Joe hanna (2goals) took the fight to Eire og with excellent scores and the introduction of Matthew (1.02) and Tiarnan 0.02 who both took excellent scores to reduce the score to 2points with a few mins to go. Eire og scored 3late goals to seal the victory.

Great effort at training during the week and today by all the kids. 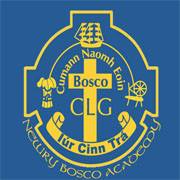